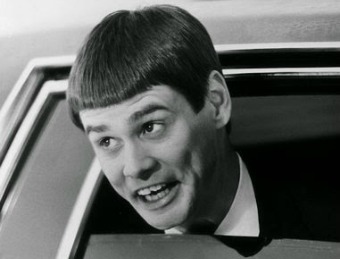 Yesterday, I was doing the washing-up after dinner and picked up (and washed) the lid of an ice-cream carton (you know what a gooey mess that can be), as I thought it was finished and I could then drop it into the plastic recycling.

Twenty minutes later, as I’m sitting watching Friends (the old sitcom, not friends of ours that I sit and watch), one of our sons says, “Where’s the lid for this?”, holding his half-eaten carton of ice-cream.

I said I’d washed it.  He said, “You’re stupid” – (he said it with a tutting kind of smile, like, “Dad, why on earth would you go and wash the lid of an ice-cream carton that I’m eating from… would you start washing these clothes I’m wearing?”

Then, later, I caught myself, whilst contemplating something I’d said to someone, saying (to myself), “You stupid idiot.”

And I realised that I probably say that to myself quite a lot.

Do you do that too?  Or is it just me?  Because it’s not very nice is it?  I wouldn’t tell my boys that they’re stupid, so why do I tell myself?

There is, of course, a chance that I’m stupid. Or, rather, that I do a lot of stupid things. And the constant recognition of that fact is possibly raising my levels of self-awareness.

I could deepen this self-awareness process by waking up and saying to myself:

“Okay, you stupid, ageing, fatso, you are aware, aren’t you, that as well as the odd half-interesting things that you’ll do today, you’ll also say some stupid things, some things that embarrass you or your family, or that make the people you’re talking to feel awkward and even possibly upset?”

F**k It. I resolve to see mainly the lovely, smart things that I do, the great things that I say to people, to enjoy when I make people laugh, to not bother so much when I say the wrong thing, to recognise that I’m going to do some things that aren’t particularly smart and let them go, just like I would with our boys.

F**k It. I’m going to go easy on myself. And frequently slap myself on the back (it’s a good Qigong exercise too) and say, “Matey, my, you’re a smart and lovely cookie, not the kind that stealthily makes its way onto peoples’ computers, but the chocolate-chip-type ones.”

We’re lovely we are – and even lovelier when we go easy on ourselves.