The Art Of Lying 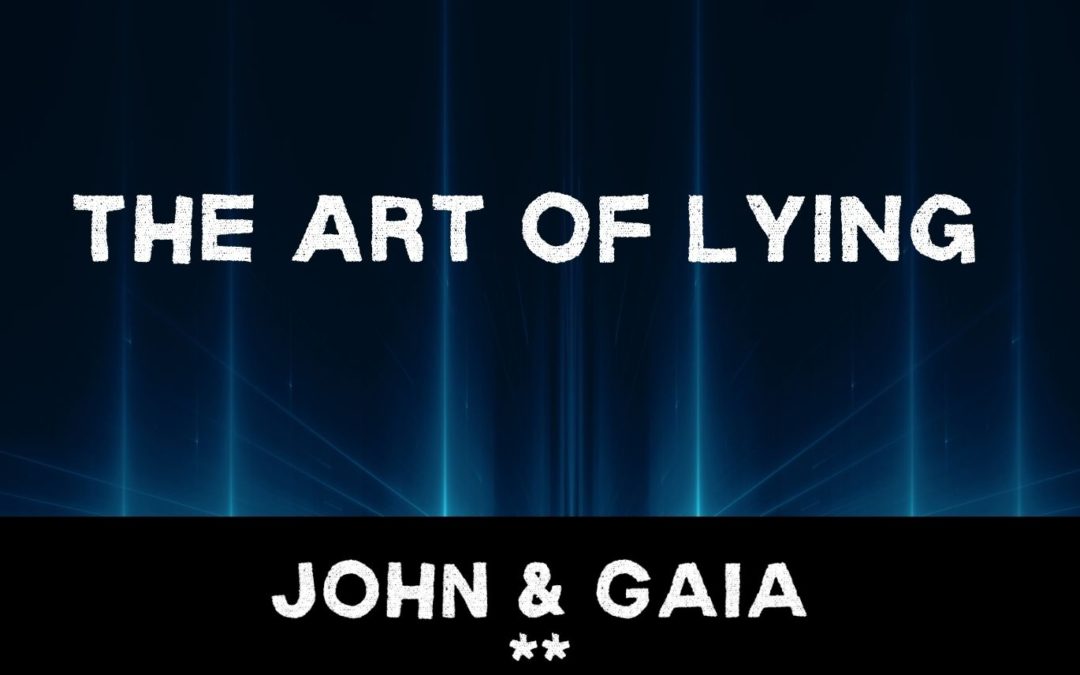 So it’s really ‘in’ at the moment, lying.

The currency of a lie is sky-high, like verbal bit-coins.
Facts are out, like trying to use cash in a corner shop.

And talking of corner shops,
if you want to get in on the current trend, here’s how…
As practised in our local corner shop.

Our corner shop is the only place on this planet that I lie.
It’s become my personal testing ground for the whole lie thing –
My petri dish for porkies if you will.

It started after an offence to my ego.
I was having to do something on my phone (maybe set up GPay, I don’t recall),
and the young guy behind the cash desk said something like “let me show you”,
and I thought “he thinks I’m grandad and can’t use technology”
so I said “no, I’m fine thanks, I’ve got it”.

And then I said this, without really thinking –
“Look, I’m a computer programmer you know.”

At which point I thought “Sugar, now this guy DOES look like a computer programmer, oh dear”.

“What language?” he said, confirming my suspicion.

At this point, I had a rapid thought process, a little like a 1970s computer whirring through lines of code…
“Don’t say ‘HTML’ I thought, that’s too easy”.

And he nodded, with respect, and didn’t, thank the gods of zeros and ones, ask any more questions.

I sweated, paid (probably with GPay) and left.

But I was on a slippery slope.

Since then, the corner shop is the one place I lie.
I don’t purchase anything without handing over money and lies.
Whatever porkies I tell, there seem to be no repercussions.

Most recently, the guy behind the desk (another guy) was so rude to his daily customer (me) that I threw a real whopper back at him.

As I bought a daily packet of chocolate, he said –

“They should give you shares in the company.”

Ha fricking ha.
I know, just RUDE.
I’m his customer.  He’s feeding his kids on the profits of my chocolate addiction.

So I came back, without missing a beat –
“Well it’s my job.”

“Why do you always buy Minstrels then?”

“Errmmm, well Galaxy pay the most to us, errr, chocolate writers, chocolate, errrr, influencers, so I tend to, errrm, specialise in the Galaxy corner of the chocolate market.”

I was tapping at my phone as I said this, to make it seem like I was distracted, not making it up as I went along.

Please, try not to lie.

Even though everyone’s at it.  Trump was at it (16,241 false or misleading claims during his presidency according to the Washington Post).  Boris is at it.  Everyone on social media is at it.

Apart from the obvious reasons why lying to others is no good,
along the huge spectrum of minor porkies to full-blown life-risking inject-yourself-with-bleach lies
(as the latest series of Line of Duty points out: ‘Lies cost lives’).

Don’t lie to yourself.

Anything that’s not truthful, even and ESPECIALLY with ourselves…
Makes us weaker.