F**K IT
BE YOU
LIFE-FORCE

CONTENTS OF THIS PAGE
(Everything you need on one page) 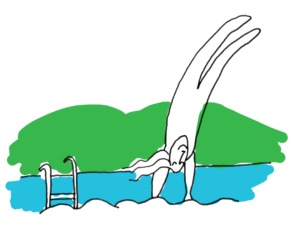 How many of us live fully and freely, tapped into our own full life-force?
(‘Not many’ is the answer).

This retreat explores why we have blocked our own life-force (it’s quite a story), how we tend to become ‘people pleasers’ and how we can rediscover and re-express our full and over-flowing life-force.

All on this fabulous island of Fuerteventura (setting for a recent Star Wars movie) at this dedicated retreat centre, with sun, swimming, beaches, delicious healthy food… and a complimentary massage too. 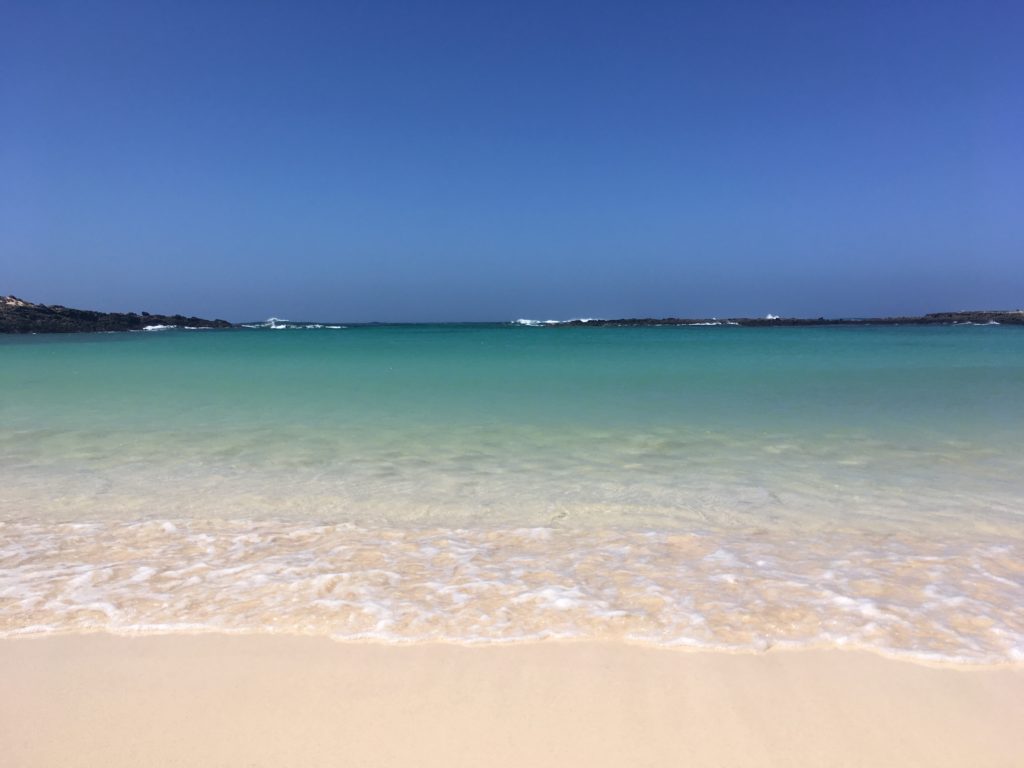 “I was, and continue to be, astounded at how strong I could be, just being me. Thank you Gaia.” M.T., ZURICH

Why you’ll love this retreat – 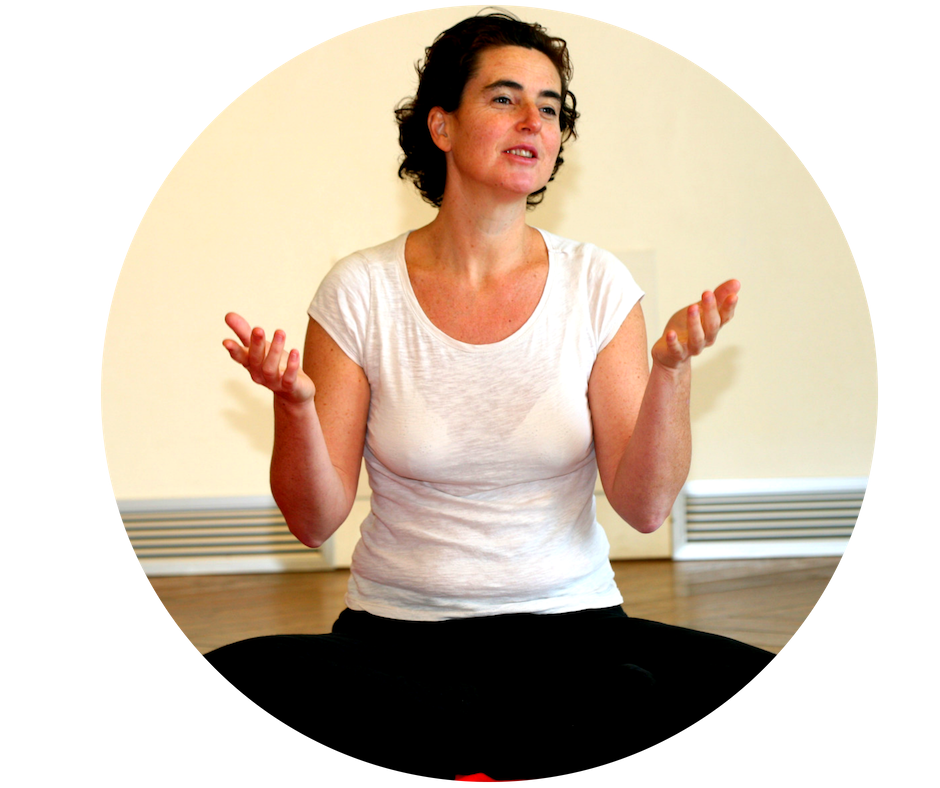 You’ll feel better.
And you’ll learn how to feel well and free every day –
Long after the tan has faded. 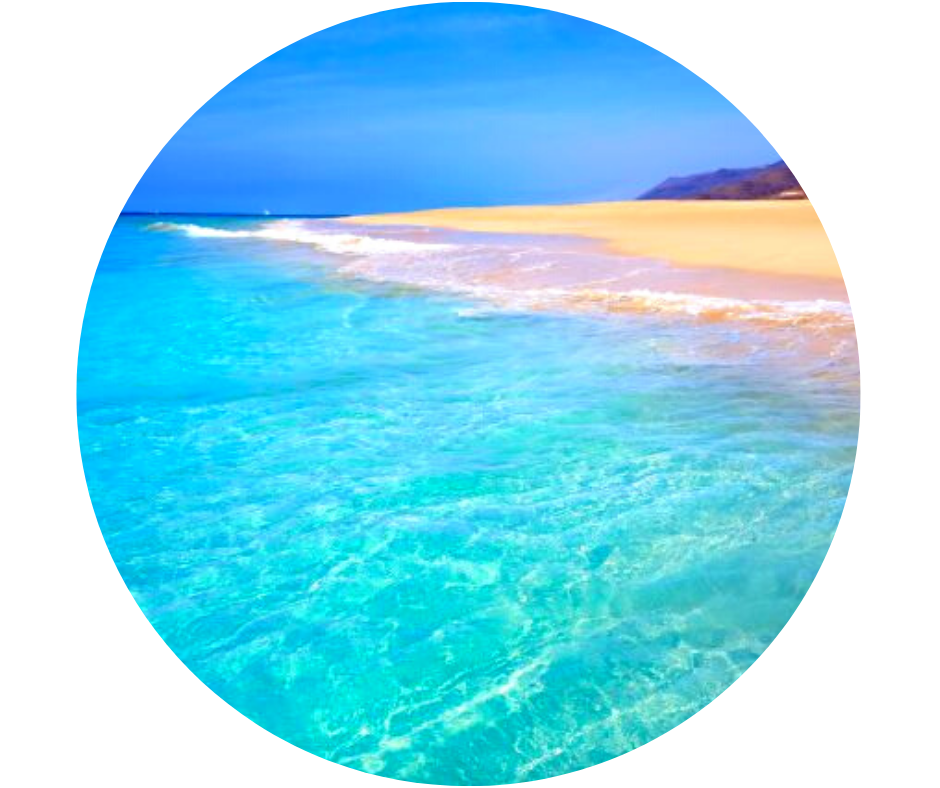 Fuerteventura is a stunning island.
The centre has a pool and hot-tub – then there are the famous golden sandy beaches of the island. 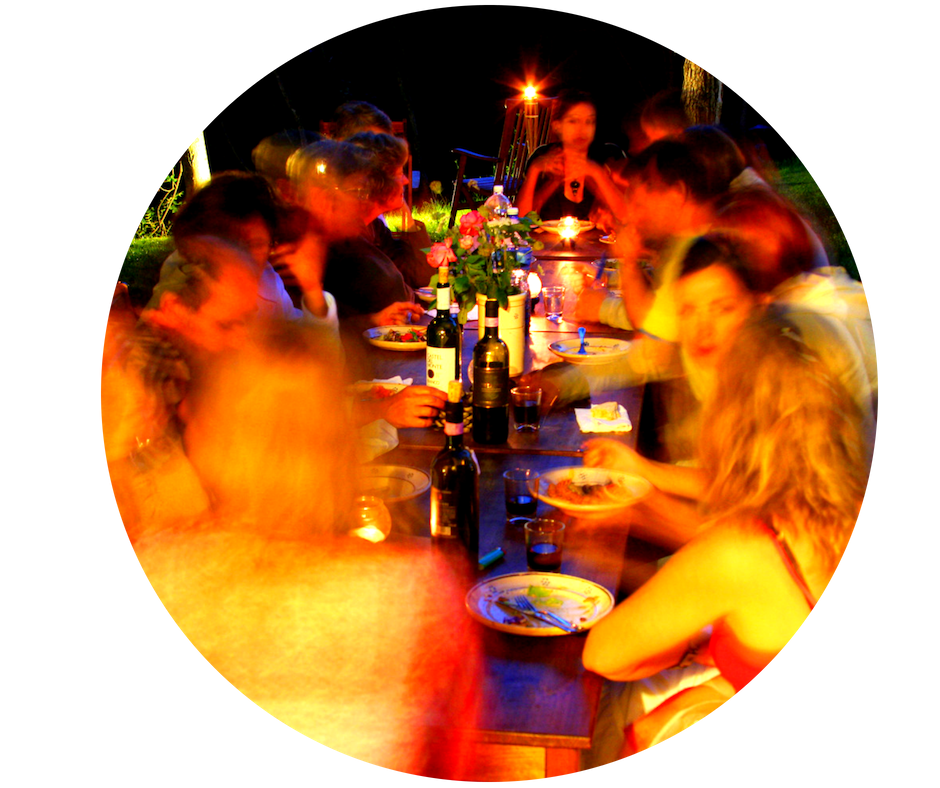 People don’t expect this,
but you’ll feel safe and supported amongst new friends,
who are likely to one day be old friends.

Gaia is F**k It Magic personified.
Just hanging out with Gaia takes you to a different place. Having created the whole F**k It thing (with John) 10 years ago,
Gaia IS F**k It.

And you can’t help but get it when you’re with her.
We use the word ‘magic’ around Gaia too because that’s how people describe her and her work. (And Gaia has A LOT of people following her from one place to another, doing one retreat after another).

Gaia is a therapist with huge experience – having deep training in developmental trauma work (NARM), Somatic Experiencing, energy work, breathwork, voice dialogue and hypnotherapy. In her magic way, she creates space for true feelings, full life-force and personal truth. She brings to this process her work with trauma, with relational attachment and with energy, so that you have the chance to permanently shift self-limiting perceptions and beliefs and relax into a true sense of okayness.

“Gaia is a goddess: the most incredible person I’ve ever met.” O.H., LONDON

Gaia's 'F**k It Be You' work helps you return to the true, clear and fully-alive you.
It is based on her long therapeutic experience and training in practices such as 'NARM' and Somatic Experiencing which relate to Developmental Trauma and our unconscious repetitive patterns.

iIf you are, in any way, a PEOPLE PLEASER –
Trying to be nice, not wanting to rock the boat,
saying what you think others what to hear,
and hiding your true feelings in order not to be disapproved of…

…Then it’s likely that you’ve been putting a lid on your ‘life-force’.
We’re meant to be touch with what feels right for us, and to express it clearly and healthily to those around us.
But usually we have learnt to stifle this healthy expression of ourselves in early life,
and we repeat the pattern of closing off our feelings and blocking our life-force.

And we end up believing that if we feel and say what we want, 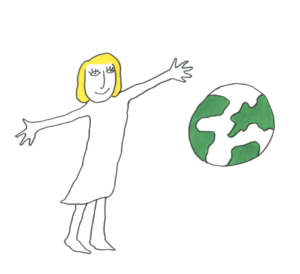 We’ll rock the boat so much that we’ll lose everyone.
So we live in this limited range of aliveness, and it’s not fun, or free or life-enhancing.

But we do have a huge amount of life force,
which we are meant to retain and express throughout life.

So – it’s time to unblock it and learn how to tap into it again and live from your truth.
And where else better to do that than on the stunning, ancient, wild and wonderful island of Fuerteventura.

“This was a perfect week with perfect people and perfect Gaia.
It was a life-changing experience.” E.M., BERLIN 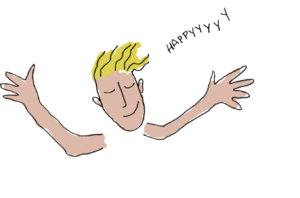 We have previously run this Life-Force retreat on the island of Stromboli.
And Fuerteventura has a similar powerful energy (it is also a volcanic island, though much larger and not active).
It is another place where you’ll feel the force of the earth supporting you in your reconnection with your life-force (and we chose it for that reason).

“I have come away from this experience a lot more in touch with how I feel and knowing that I just have to let go when I need to, and that it’s all okay.” L.C., AMSTERDAM

ABOUT PRICES AND BOOKING

The prices for this retreat are all-inclusive.  So that means full-board accommodation and the full F**k It Be You course. The prices are in the panel below.
Your 1st instalment is £490.

To book, it’s easy:
1. Just click the button ‘Reserve your place now’, fill out the form and pay your £490 initial instalment (taking just a few minutes in total).
2.  We’ll confirm your booking and, along the way, send you full details for booking travel, paying the further instalments and even a list of what we suggest you bring on your retreat.
3. You sit back and look forward to your retreat.  Whatever’s going on in your life, there’s your retreat round the corner.

We will take you through the precise figures and timings once you’ve booked (based on your accommodation option and the timing of your booking).

WHEN IT FEELS RIGHT,
SAY THE MAGIC WORDS (F**K IT)
AND RESERVE YOUR PLACE -

“I was deeply moved by Gaia. She seemed to know just how I felt, what my journey is.”

THE PARADISE THAT IS FUERTEVENTURA

Yes, the recent Star Wars film, ‘Solo, a Star Wars Story’, was set on this dramatic and near-empty island, but more of that in a moment… 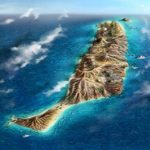 Your venue is a dedicated retreat centre in the north of Fuerteventura.
So, even before you step beyond the centre into the paradise that is Fuerteventura, you’ll find a swimming pool, a hot-tub, areas to relax, a ‘shala’ for our group sessions, and have the opportunity to eat healthy food lovingly prepared by Azulfit’s staff.

So – Fuerteventura.
The island is the second largest in the Canaries (after Tenerife), but is the emptiest.  It is 62 miles long and 19 miles wide and has more than 100 miles of beaches.  And the island is famed for its beaches.  But you can see from the photographs that it’s more than beaches.  Its interior is stunning and clearly volcanic.  The island was the first of the Canaries to be formed (from a volcanic eruption) 20 million years ago.

We know the powerful energetic quality of such volcanic islands from our many years of running retreats on the Sicilian island of Stromboli. Unlike Stromboli, which erupts every half-hour or so, with larger eruptions every 10 years, the last volcanic eruption was 4-5,000 years ago.

You can take a public bus to the beaches.  And we will enjoy a group excursion or two too.  The island is stunning – and, yes, the perfect setting for Star Wars films.  There’s a large nature reserve to the east of (and not far from) the retreat centre.

“As I soon discovered, simply by driving around quite randomly, there are enchanting hidden villages far from the hurly-burly, and lonely, eerily beautiful vistas lost in heat and silence.

From Vera’s farmstead in Lajares, I headed south through a spaghetti western landscape of rolling volcanic fields and hills (known as malpaís) – a mesmeric, pale-golden ripple of rocky folds. The rounded, higher mountains in the hinterland glowed like light bulbs, their surfaces adrift in sooty shadows from the low clouds hovering above them.

There wasn’t a human in sight. Here and there were clumps of euphorbia plants, like squiggles of wire wool.”

And of course, the weather in the Canaries is fantastic:
warm through the winter and rarely too hot in the summer (google the temperature and rainfall charts, it’s a marvel in itself). 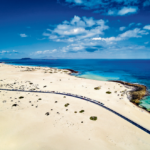 The retreat centre (Azulfit) has a range of gorgeous rooms and cabins.
You can choose to stay with someone else (either in a twin or double room) or have a room for yourself or even a luxury (suite) room for yourself.

For meals:
there will be breakfasts / brunches and then a light lunch every day (or a packed lunch to take away).  Then there will be evening meals on five of the days (we’ll combine the other two evenings with trips out).
There is unlimited tea, coffee and water.

Travelling to Fuerteventura (in brief):
We will give you more detailed instructions after you book (in your ‘holiday pack’), but, briefly…
Also, we will invite you to a private Facebook group so that you can talk to other guests who are coming on the same week, and thus meet and share your journey, if you fancy.
There are direct flights to Fuerteventura from many cities.  The venue will then help organize transfers from the airport on arrivals day. It other words, it will be easy.
(Even if you can’t find a convenient direct flight to Fuerteventura, it’s possible to fly to Lanzarote and get a ferry over to Fuerteventura.) 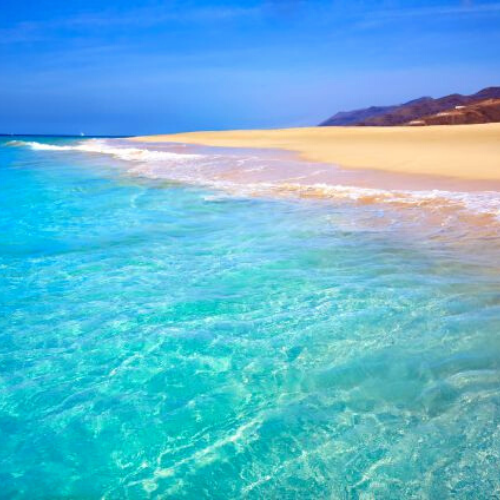 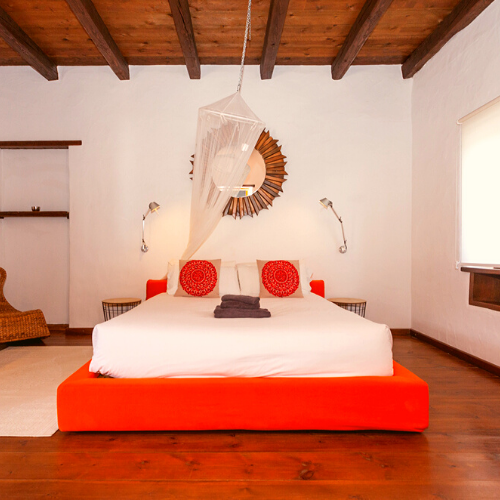 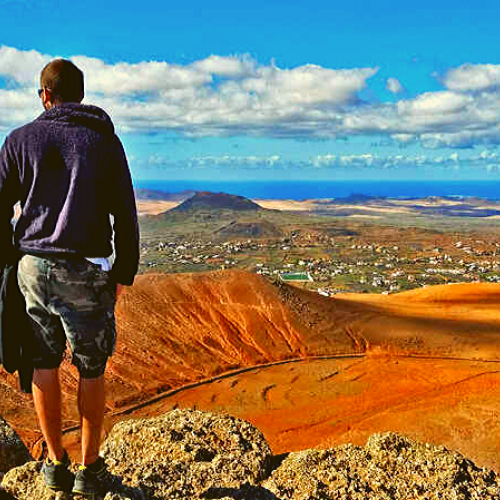 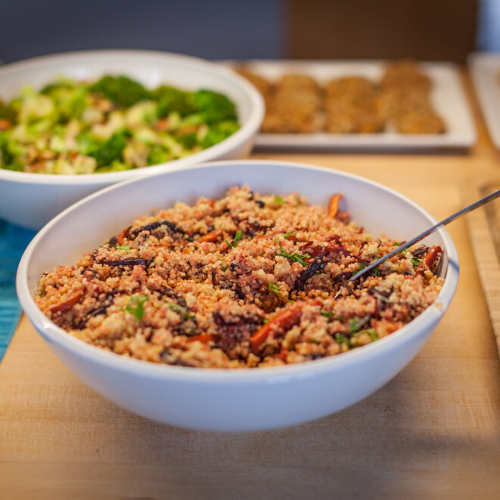 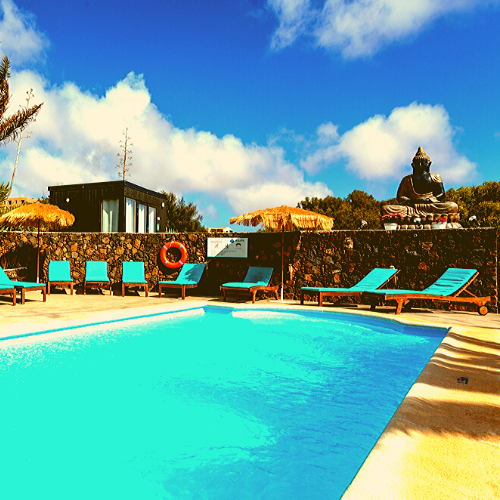 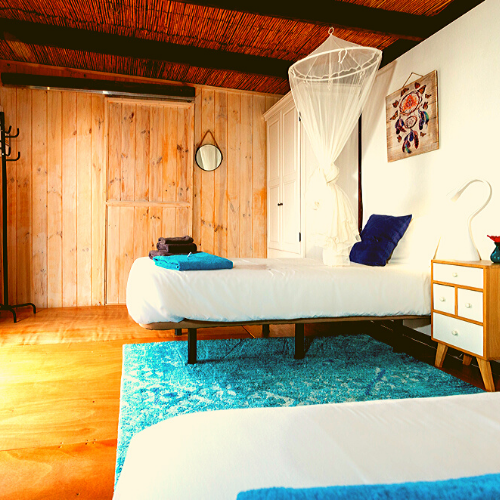 WHEN IT FEELS RIGHT,
SAY THE MAGIC WORDS (F**K IT)
AND RESERVE YOUR PLACE -

“Gaia is the most amazing human being I have ever met. Her insights allowed me to have my own journey which wouldn’t have been as special without her.”